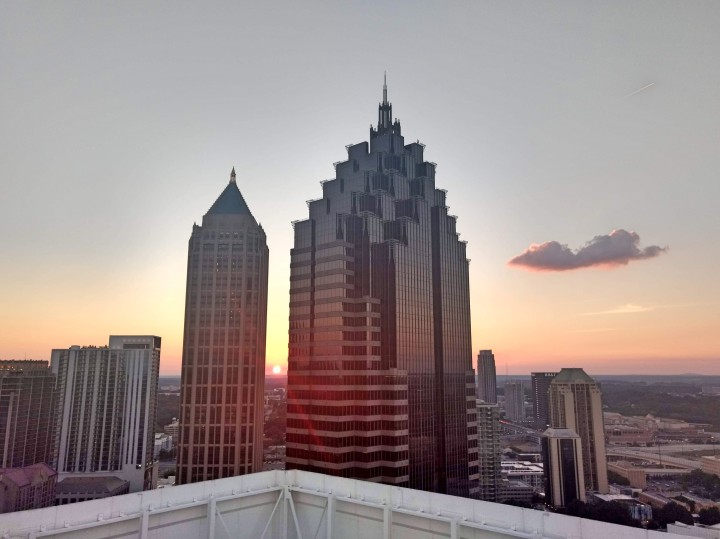 Summer is gone but we still have tons of events happening in the city, so check it out!

“Bring your blankets, chairs, and friends to enjoy a movie under the stars” at Live from Woodruff Park. Free. Oct. 2 – Harry Potter and the Sorcerer’s Stone, Oct. 16 – The Goonies and Oct. 30 – Gremlins.

Hear music in an intimate setting with optional food and wine at City Winery in Ponce City Market.

ample 200 wines from around the world, taste local restaurant food, hear live music, and shop at a silent auction at Aqua Vino in the ballroom and galleries of the Georgia Aquarium for age 21+. Tickets start at $95.

hop from 75 artisans & retailers plus 50 food vendors (with a vegan section) at Atlanta International Night Market, which has a kids’ zone, a carnival, and an international area in the upper parking lot at North Point Mall in Alpharetta. Kids 12 and younger are free.

Buy a wristband to taste chili (spicy, mild, chicken, beef, vegetarian) and stew from 75 teams, and then vote for your favorite at Atlanta Chili Cook Off, with live music and beer & wine for sale at Brookhaven Park. Ticket is $10 and children age 12 and younger are free.