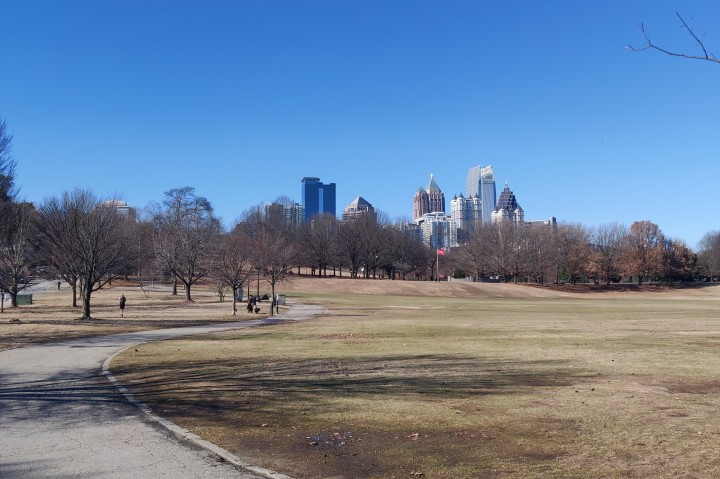 Stay up to date on events and things to do in Atlanta in February. Whether you’re into live music, food and wine, sports or family-friendly entertainment, Atlanta events offer non-stop fun for everyone! Check it out!

Register for the $50 Heart Paperweight Class to learn about glass blowing safety and then make a heart-shaped glass paperweight with instructor guidance at Decatur Glassblowing for age 10+ with a parent. It must cool for two days before you can take it home.

Days of the Dead includes films, panels, a party, celebrity signings, and contests at Sheraton Atlanta.

Enjoy ‘60s and ‘70s classics by The Supremes, The Temptations, The Jackson Five, and Stevie Wonder during Stepp Stewart’s Motown Motor City Revue at Marietta’s New Theatre in the Square.

Oysterfest has live music with oysters, fried shrimp, chicken, and beverages for sale at the Park Tavern for age 21+.

Click the name of your county on the Super Museum Sunday web page to find museums near you that are free today. Counties near Atlanta include Fulton, Dekalb, and Cobb.

Science on Tap begins with a reception at 6pm that includes light hors d’oeuvres, beer, and wine, followed by a science presentation at 7pm, and ending with a question and answer session at Georgia Aquarium for age 21+.

A widow who is a matchmaker and a professional meddler decides it’s time to find someone for herself in the fun, upbeat musical Hello Dolly at Fox Theatre.

The Valentine’s Day Show offers adult humor about the ups and downs of love based on audience suggestions at Dad’s Garage, 559 Ezzard Street.

February 14th – Sips Under the Sea

Adults can wander Georgia Aquarium enjoying DJ music, dancing, finger food, and cocktails from full service bars during Sips Under the Sea for age 21+. Tickets are sold only online.

February 14th – Valentines in the Garden

Let romance bloom with an elegant evening of live entertainment, dancing, appetizers, dessert, and cocktails from a cash bar at Valentines in the Garden, with orchids on display at Atlanta Botanical Garden.

Lover’s Night & Comedy combines a comedy show with a dinner of steak, lobster, salad, and dessert at Atlanta Comedy Theater in Norcross for age 21+. They require a two-drink minimum purchase per person or $15 fee.

AnachroCon is about Steampunk, science, history, music, classic sci-fi literature, and amazing costumes at the Hilton Atlanta Airport. The 2020 theme is The Roaring ‘20s.

Mardi Gras Streetcar Adventure is a tour of 35 bars and restaurants on the streetcar route, including a streetcar pass, free shots, and food & drink specials.

Atlanta Mardi Gras Ball is a dress-up dance party “with live entertainment, food, drinks, and vendors” at the Ivy Center. You are allowed to bring your own bottle.

Run through the streets without pants at 2 p.m. to support charity in Cupid’s Undie Run, with a party before and after at Park Tavern for age 21+.

Begin with wine and appetizers, help the chef prepare crab cakes and jambalaya, salad, and then dine with dessert and wine during $85 Southern Comfort Series: New Orleans Style at Vino Venue in Dunwoody.

Oysterfest has live music with oysters, lobster bisque, po’boys, and beverages for sale at Peachtree Street & 12th Street for age 21+.

Mardi Gras at Avalon turns Avalon Boulevard into a suburban version of Bourbon Street with live music and New-Orleans-style food and drink for sale. Free entrance.

Dancing with the Stars Live features the TV show’s fan favorite professional and troupe dancers performing dances that range from ballroom and jazz to modern and hip-hop at Fox Theatre.

Register online for Atlanta Kids Marathon, which includes has a one-mile run (ages 6 to 14), a dash (age 6 and younger), medals, T-shirts, and snacks for all participants at Centennial Olympic Park.

Oyster Crawfish Festival has live bands with oysters, crawfish, shrimp, and chicken for sale at the Park Tavern for adults age 21+ and their children. Age 12 and younger is free.